It all began with Achille Paladini - The Fish King 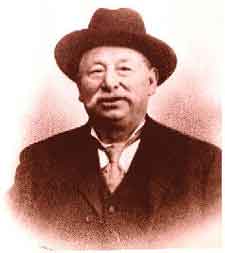 Achille Paladini was an immigrant from Ancona Italy. He came to America searching for “the land of opportunity" and landed in San Francisco in 1865. With little education but with drive and forsight, he set out for the “American Dream". One day while fishing for his supper, he caught two fish on one hook. A tired gold miner offered to purchase the other fish, and as they say… “the rest is history"!

Achille Paladini eventually went on to be known as “The Fish King" He became close friends with A.P. Giannini, the founder of the Bank of Italy, which later became the Bank of America. Their original offices were a half block apart on Clay and Montgomery streets. They would often meet at the old Palace Hotel for lunch. 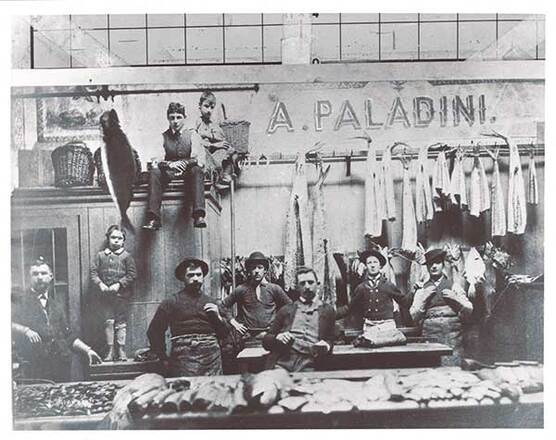 Over the years A. Paladini Inc. grew into the west coast's largest wholesale seafood distributor. The main office always being in San Francisco with branches in Oakland and Los Angeles. Processing plants were in Eureka and Fort Bragg with twelve receiving stations up and down the coast as far north as Crescent City and as far south as Mexico. Six company owned fishing trawlers helped supply the daily fresh fish. A. Paladini Inc. sold to restaurants, hotels and markets throughout California and the western United States. The company's headquarters always stayed in Achille's most dearly held city, San Francisco.One of the original facilities was situated on the actual present site of the famed Transamerica Pyramid, now a famous San Francisco landmark. The entire property was owned by the Paladini Real Estate Company and was sold to Transamerica in 1968 by the second generation, my father Walter, and his three brothers, who were now operating the fish company and the real estate. They then moved to new headquarters, again within the city. Achille had invested in early San Francisco real estate and owned multable properties throughout the city. A. Paladini Inc. also produced from a seperate location called the “smoke house" their world famous Paladini Brand cold smoked salmon known throughout the nation. Another location in the city was a freezer plant that handled millions of pounds of seafood for the off season. He was also the first to ever can Tuna on the west coast. 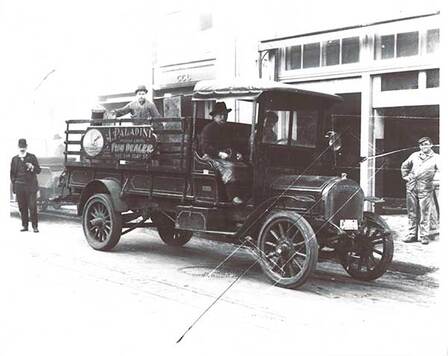 Paladini delivery trucks were a daily sight in San Francisco. This picture was taken on Clay Street in the 1920's in front of the main office where the Transamerica Pyramid now stands, one of the original locations in the early days of San Francisco. I purchased a duplicate of this 1927 GMC truck and had it restored to replicate the one shown in this picture. I later donated it to the San Francisco Maritime Museum on Fishermans Wharf where it is now on display.

A.Paladini Inc. was sold in early 1974 with the passing of the second generation after 110 years of succesful operation. It was bought by a group of outside investors who did not have sufficient knowledge of the wholesale seafood business, consequently shortly afterwards the business closed. 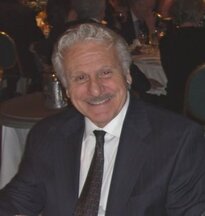 I was in my early thirties when the family business closed, and had not worked for the company for many years. I was however the general manager of another wholesale seafood company in the San Francisco Bay Area at the time. I then decided to leave my current position and try to resurrect the family's name by re-creating the famed seafood business.

I suppose it was an ambitious decision at the time, I was a young man who just moved to Hillsborough, was married, had three daughters and basically no money to really speak of. But with gumption knowledge and determination, in late 1974 I launched the Paladini Seafood Company. Luckily in less than five short years it grew to again become the largest wholesale seafood distributor on the west coast.

In 1980 I built a new distribution plant in San Francisco, large enough to now handle the volume of business, with executive, accounting and sales offices, and a freezer with the capacity to hold a million pounds of seafood. A new processing plant was built in Santa Rosa a year later that processed fresh fish from three receiving stations located in Bodega Bay, Fort Bragg and Crescent City.

Paladini sold fresh and frozen seafoods flown in from virtually all parts of the world to restaurants, hotels and supermarkets in all of California and the western United States. The famed Paladini brands of smoked salmon, Dungeness crabmeat, Pacific shrimpmeat and Pacific coast fresh fish fillets were again produced . The white delivery trucks with the " Big Red P " logo were again a common daily site througout California. Paladini Seafood Company was proudly again the premiere wholesale seafood distributor on the west coast.

"The Authentic Taste of San Francisco" 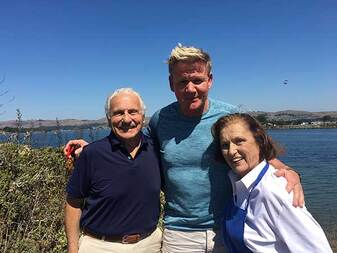 The Creation of Paladini Quality Seafood Sauces"An Authentic Taste of San Francisco"Upon my selling the Paladini Seafood Company (but not the name) at the end of 1994 after more than 20 years of successful operation, and following in my grandfathers footsteps of investing in commercial real estate, I then found retirement very mundane. I had always wanted the Paladini name to live on and have a purpose, so I decided to create the finest quality sauce line “to enhance seafood".

In 1997 after several years of research, I had developed the formula's to again proudly represent my family's name and started Paladini Quality Seafood Sauces. The line was formally introduced in 1998 at the San Francisco Convention Center at the “Fancy Food Show", held by the National Association for the Specialty Food Trade, the response was overwhelming! Paladini Quality Seafood Sauces “The Authentic Taste of San Francisco" is now proudly available nationwide and can be found at most upscale stores everywhere!